To our gentlemen sponsors

I did a post once dedicated to the strong and resilient ladies that make up Filipina womanhood! Anytime we get one of our Aussie men sponsors underestimating the capabilities of his lady, I would refer him to read that BLOG post. Here it is again HERE 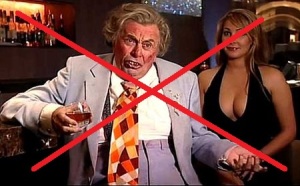 Today I was reflecting a bit on an even older BLOG article that we’ve posted up on the Philippines To Australia Facebook Group Page (which you really should check out if you haven’t done so already, where you can interact with some of your fellow visa-applicants!). This article was about one of these awful “current affair” type programs which showed the worst side of Australian-Filipina marriages, ie. the “serial sponsor”. The TV show producers tried to get us involved in the show, but fortunately I followed my inherent distrust of these people, as sensationalism won out over facts as it usually does.

The fact is, we at Down Under Visa really LIKE our clients. Most of the ladies are good women who love their men sincerely, and most of the marriages work out wonderfully.

What I want to write about today is the quality of most of our gentlemen Australian sponsors. And I say “gentlemen” in the truest sense of the word. Most are just that. Most are decent, sensitive men who have a dream of a marriage for life. The clichéd beer-swilling yobbo who wants the submissive Asian slave girl? Apart from the fact they’ve come to a country full of strong women with a strong sense of pride who would make terrible submissive slaves, hey….I just don’t see men like this amongst our clients!

Average sponsor? Hard to say, really. We see everything from highly educated, successful professional men to storemen and truck drivers. We see pensioners, both old-age and disability support. We see older men, and we see early-20’s fellows with their 19 year old brides. They’re a delight to deal with, as they have their whole lives ahead of them. Check this nice young couple HERE.

We also see everything from divorcees to men in their 50’s and 60’s who never married. We don’t ask anything too personal, but we suspect many of them simply never found someone whom they could picture themselves settled-down with in a marriage like their parents had.

But what I’d say would be typical of MOST of them is just what I said before. Gentlemen! Soft-hearted. Noble. Patient. Tolerant and understanding. We see many who take on existing families, with younger kids right up to university-age “children”. We had one couple where he got involved with her when she was pregnant to a boyfriend who dumped her. They’re happily married and living in Australia now with the little boy. And one granted recently where he happily (and I mean REALLY happily) took on 3 kids as his own. He had never had kids before, and he was delighted with his new brood.

And I know this from my own experience. Not getting into a rant about the slim-pickings amongst the Australian divorcee crowd, but back in those days (nearly 20 years ago for me….ouch!) I was newly divorced not of my own wish, and always saw myself as a husband and family man. Being single is very tough on most men, especially those who are, by vocation/calling, family men. Getting married to someone who is incapable of marriage-for-life is not worth considering, and there are plenty of THEM around! The Philippines is one of those places where amongst the general population most marriages last forever! So this is where many a decent man heads!

So yes, being of the same material as most of our Aussie male sponsors, I understand them very well. So does Mila. And so does my son Jeremy, who is also a partner in our practice. This is why we choose to specialise in Australian partner visas (spouse visas) and prospective marriage visas (fiancée visas), as well as tourist visas for couples. We believe in our clients as people, and we like helping them to make their dreams come true.

And again, please visit the Philippines to Australia group on Facebook. It’s becoming a lively place.

2 responses to “To our gentlemen sponsors”