Divorce In The Philippines – Part 3 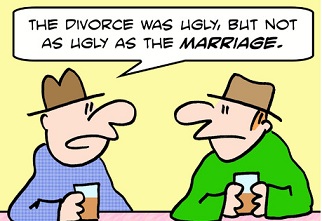 Divorce Is Legal… For Some

If you are a Muslim then you can legally divorce through the Sharia Courts of the Philippines. The process is fairly straightforward, quicker and often much less expensive. You need to have your status as a Muslim authenticated by, I believe, two recognised Imams. Then the case is filed in the Sharia Court and a Sharia Judge will decide the merits of the case and grant the divorce if they accept those merits as meeting the grounds for divorce under Sharia Law.

It is possible for your prospective Filipina bride to denounce her current religion, convert to Islam, file for divorce and have it granted. She is then legally divorced and free to remarry. As far as my research and investigation into this has shown, the marriage does not have to have been performed under Sharia Law but relies on the fact that one party is a Muslim and desires to exercise his or her rights under Sharia to be divorced.

If the marriage took place abroad, even if it is between two Filipino citizens, it can be ended abroad also and both parties would be considered free to remarry, at least abroad. It gets confusing when trying to determine if one partner returned to the Philippines and remarried there whether it would be legal or considered bigamous. It is also not clear, to this writer, if a marriage granted in the Philippines and ended in, say Australia, allows the partners to remarry legally. It does if the partner living abroad stays there and marries out of the Philippines.

If that is the case, the law seems to extend the right to remarry again, within the Philippines, to the partner remaining in the country. Given celebrities marry within the Philippines and then travel overseas to divorce, then return and marry their next spouse, one might think this would apply to everyone. Of course it might but I doubt it as ‘everyone’ doesn’t have the money and the connections a celebrity has.

What Are Your Plans?

If you intend to live in the Philippines then it is obvious you need to make sure that were your spouse to be come to Australia as a ‘de-facto’, then to divorce in Australia and remarry to you, your marriage would be legal back in the Philippines. More than likely, especially in cases where the other partner walked out years ago and hasn’t been seen or heard from since, the chances of him filing a case for bigamy against your wife are pretty slim. On the other hand, when the scent of money is in the air, and a foreigner is always a ‘rich kano’, you might draw some unwanted and expensive attention. If you never plan to return to the Pinas other than on vacation, the risk might be worth it, but who knows what the future holds for any of us. Far better to find a reliable lawyer and get sound, in writing, legal advice.

Perry Gamsby, D.Lit, MA(Writing), Dip.Bus, Dip. Mktg is a writer and lecturer who lives with his Cebuana wife and five Aus-Fil daughters in Western Sydney. The author of a series of best-selling ‘self-help’ books for expats and those married to Filipinas, he is also a Master of Filipino Martial Arts and a former World Stickfighting Champion who has lived, worked and vacationed in the Philippines since 1988. Perry and his family return to the Philippines on a yearly basis. You can read more of his writing on Philippines topics at www.streetwisephilippines.biz

This article and website sponsored by Down Under Visa, Australian Registered Migration Agents in Manila – The Australian Partner Visa Specialists